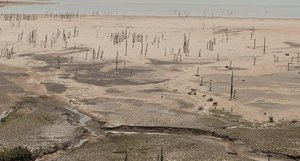 Cape Town – The Western Cape government has declared the entire province a disaster zone in order to deal with the ongoing drought, MEC Alan Winde said on Monday.

The declaration was made to quicken the reaction time for the deployment of resources to tackle water scarcity, Winde told News24.

The deceleration will be formally gazetted during the course of the week after it was adopted by the provincial cabinet last week.

The Karoo and West Coast municipalities were previously declared a disaster zone in 2016, but the disaster zone has now been extended to the entire province.

“The disaster zone declaration will help municipalities deal with issues of blockages in the procurement process to tackle the ongoing drought,” Winde said.

Now hopefully someone will wake up and realise that an alternative source of water is available through the deployment of Atmospheric Water Generator (AWG) technology (Which has been used successfully in the middle East, South America, US, EU & UN Military for the last 15 years).

AWG water provides the cleanest and purest water available on the planet today. Desalination will play a major role in providing drinking water but at the expense of the Tax payers making water even more expensive – and in my mind will still be full of inorganic solids (salt) which in itself will contain elements of nasty bacteria. Countries who have been using desalination plants for years still use bottled or AWG water for drinking due to failing Municipal infrastructures that cannot guarantee contaminated free water.

I visited my local grocery shop over the weekend and was horrified to see that they were selling 5 litre bottles of water with a TDS (Total Dissolved Solids) level of 111ppm (parts per million) that is higher than the stipulated World Health Organisation’s standard of 100ppm. In other words – not advisable or safe to consume over100ppm. Please google TDS and see why this standard is so important before buying your next bottle of water – the TDS standard is on the back of the bottle.